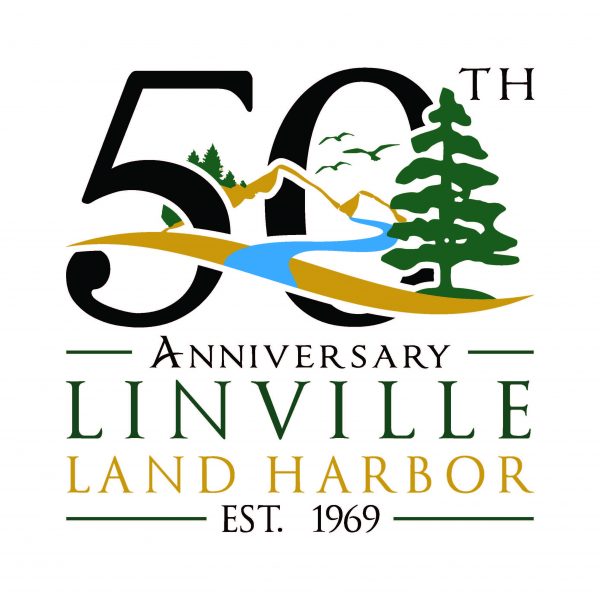 By any standards, reaching a 50th anniversary is a big deal.

It’s known as the Golden Anniversary. Whether a marriage, a business, a landmark, an attraction, an event or some other thing of importance, enduring for a half century is certainly an achievement to celebrate. And that’s exactly what Linville Land Harbor (LLH) has been doing. The community officially marked their 50th birthday on another traditional holiday, the 4th of July, 2019, with a range of special commemorative activities throughout that week including a golf cart parade, inflatable obstacle course, community picnic, concert, and dramatic fireworks. Over the week, hundreds of residents toured the Museum set up to commemorate the key events of that 50- year history. 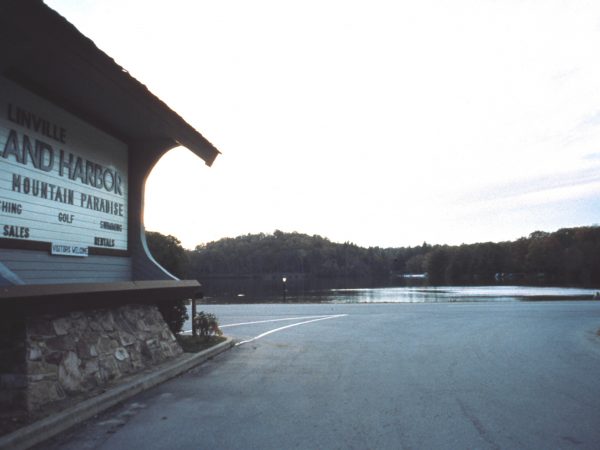 Well, wait a minute! Historically speaking, it really began in the 1920s. That’s when a Midwesterner named Howard Carpenter Marmon of Indianapolis, Indiana— founder of the long-since defunct Marmon Motor Company—decided to purchase hundreds of acres in and around what is now Pineola in Avery County. Now, Marmon was quite the visionary and pioneer in the automotive industry. His cars were known for being upscale, reliable and fast. Unfortunately, the 1929 Depression and heavy competition from the other mega-automakers eventually spelled the demise of the Marmon auto brand. But not before Howard saw his company’s race car—The Wasp—win the first-ever Indianapolis 500 in 1911.

Marmon was, indeed, a visionary.

Before selling this Avery County property to the State of North Carolina in 1943, Marmon had built a dam, which formed the community’s first lake, created a fish hatchery and fostered a plant and shrubbery nursery, all of which were part of much bigger development plans he had in mind for the land. As with the automobile, Marmon could envision something very special on the horizon for this Avery County acreage. And, although his visions sometimes fell into the hands of others to fulfill, his Pineola area land purchase did ultimately lead to the development of a thriving community known today as Linville Land Harbor. 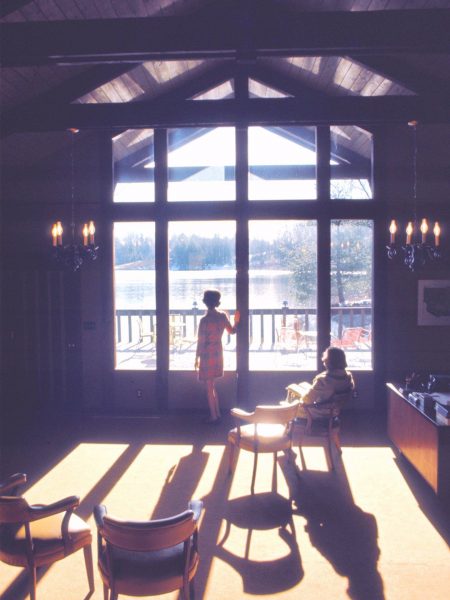 when the original developers of Beech Mountain and the Elk River Club purchased the Marmon property from the State of North Carolina and incorporated it into their expansive Land Harbors of America resort developments with the intention of it being an RV campsite for tourists. Thus was born Linville Land Harbor, and thus marked year One of their 50 years. “I was there way back then,” recalls Jim Perry of Linville Area Mountain Properties, a real estate company just across Highway 221 from Linville Land Harbor. “As a stockholder with both Carolina Caribbean and the Linville Land Harbor corporations, it has been my good fortune to be a part of the community’s evolution and property sales from the ‘git go.’ I’ve watched it grow to become one of the most desirable mountain home settings anywhere in the High Country. Hard to believe it’s been half a century.”

Over the past fifty years LLH has continued to grow

and expand its services, lifestyle amenities and residential options. And, like any other growing community, it has gone through its share of changes. One of those took place in 1976 when the current corporation and POA took over full ownership of the development from Carolina Caribbean Corporation. So, what once began as, primarily, an enhanced seasonal RV camp community has evolved to become both year-round and seasonal living for their current 1,485 POA members, with about twenty percent of members being fulltime residents.

There are still areas that retain some or all of the original RV footprints and more compact homes. 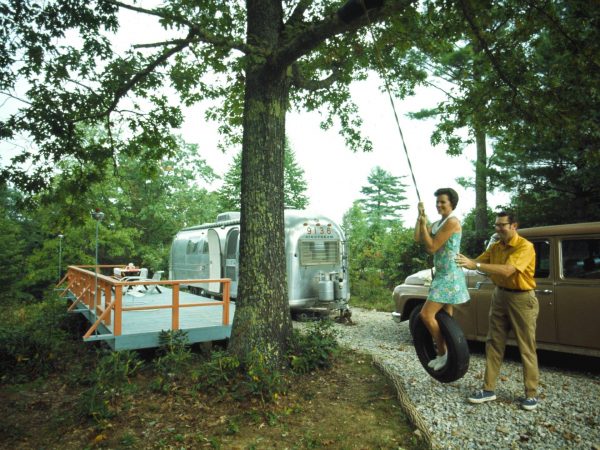 But estate-type homes and lots have long since become the primary profile of this community. “You’ll find a rich and wide range of full-size lots and homes within the community that provide the kind of upscale living you’d expect to have within our mountain resort developments,” notes Kim Avery, on-site realtor for Mountain Run Properties. “Over the past few years, our sales have been steadily growing and gaining momentum. We’ve been seeing an increasing demand for the very type of warm, cozy and amenity-filled lifestyle living that is unique to Linville Land Harbor,” she adds.

This unpretentious yet very charming community 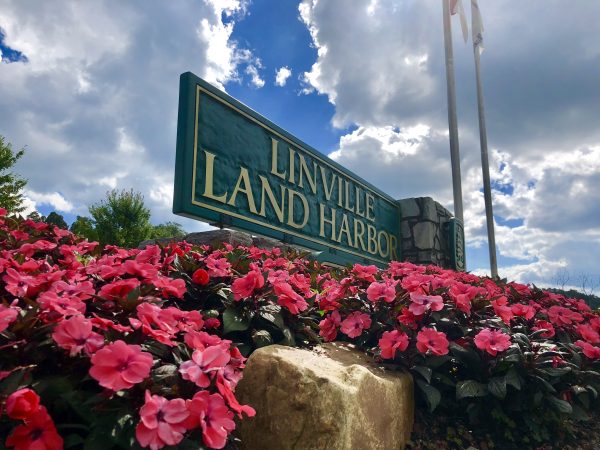 is tucked away on 750 acres with its main entrance off Highway 221 South between Linville and Pineola. Coming from either direction, the vast and breathtaking 45-acre lakefront is one of the most impressive and picturesque man made settings anywhere in the High Country. The Land Harbor Plaza entrance branches off in two opposite directions circling and embracing the lake and then disappearing into lushly wooded portions of the development. The community is artfully designed and beautifully landscaped, with special attention to clever seasonal and holiday displays. And, when the sun is at just the right angle, the lake takes on a golden glow of pure serenity.

Lifestyle and recreational amenities are rich and vital. 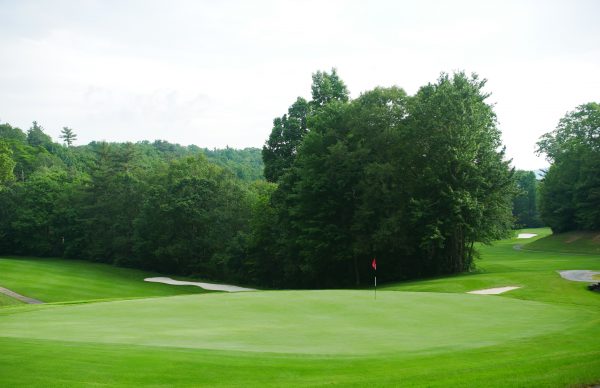 Their challenging 18- hole golf course is elegantly laid out within the community insuch a way that homeowners have easy access but retain the integrity of their home sites. The same goes for lake activities like boating and fishing. 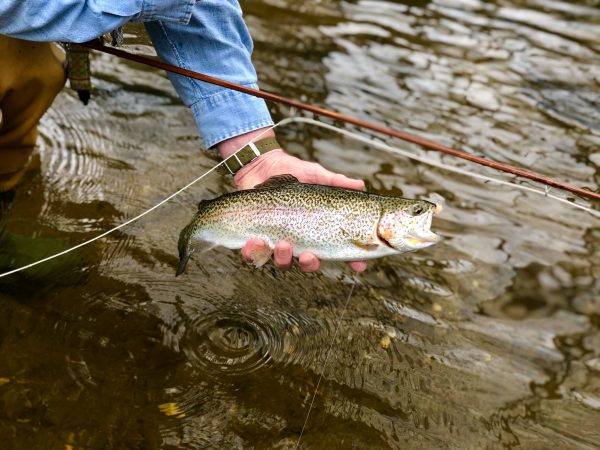 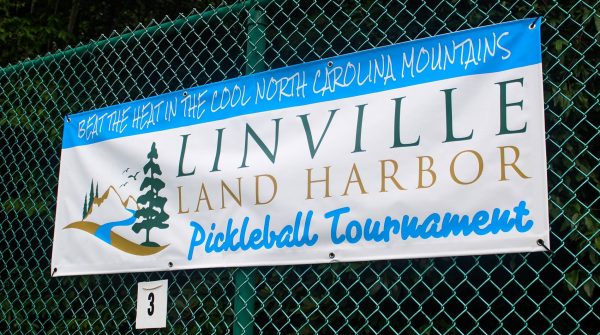 “We started hosting more tournaments for pickleball and tennis including a very successful in-house pickleball tournament,” notes Josh Irwin, LLH’s IT and Marketing Director. “We’ve also been working on growing our public golf play for the past few seasons and it has really started to take off. 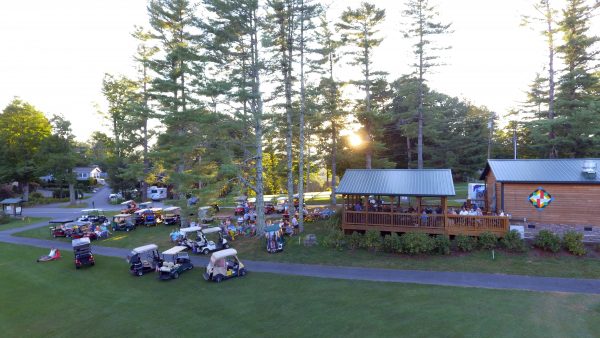 Our Patio Grill—formerly known as The 19th Hole— has been extremely successful this season. Plus, we’ve been hosting live music every Friday evening on the Patio and serving draft beer out of our tap trailer called “The Watering Hole.” Even though the community offers plenty of on-site recreation, social activities and special events to keep everyone busy and entertained, LLH residents have become actively engaged in and a vital part of other area communities, organizations and attractions, lending their support and integrating their interests with their many neighbors. And it’s that spirit of community that binds together Linville Land Harbor with the rest of Avery County and the High Country, making this 50th anniversary truly a golden celebration for all. The full community story is at www.linvillelandharbor.com.